By ZERO -  August 17th, 2021, 4:19 pm
-  August 17th, 2021, 4:19 pm #194385
The New Whitelisted RP Rules
I. RP Experience:
Fear roleplay, commonly abbreviated 'FearRP', is the concept that your character is afraid to die. This concept is most commonly understood as "Your life is the most important!". Understanding that in real life we do not have a respawn button. When your life is at stake, you must fear death and comply with threats unless you are 100% positively sure that you will survive. We highly enforce FearRP, although some situations come down to staff discretion.
Any form of communication in-game is strictly roleplay only! This includes World, Area, and Voice chat! If you have an off-character issue then you must contact a staff member using the /adminh your message command.
Sexual RP is not allowed!
Follow all of Pandahut's Global Rules.
Stay in character at all times! If there are any problems whilst roleplaying, you must roleplay it out! Do not stop roleplaying and/or try to tell the player they are breaking the rules.
Your in-game name should be realistic and similar to real life names.
Value all life when applicable.
Vehicles left randomly on/blocking the road can be impounded by police and destroyed by staff members.
If you found a loop-hole within the rules, you must report it to an RP Administrator, or create a forum post about it. Failing to do so and going forward with abusing any loophole(s) will result in severe punishment.
Trying to bait someone to break the rules or in any way trying to encourage and other such instances is strictly against the rules.
Use common sense when interpreting the rules. Some rules may vary in certain situations. Staff discretion will be used in those situations.

II. Fail RP [FRP]
Metagaming is not allowed! Using information your character did not have access to in-game is prohibited!
Killing or damaging any other roleplayers with no roleplay/story is not allowed! This also includes using vehicles to kill or damage another roleplayer.
Ramming, and other trolling outside of a roleplay story is not allowed!
Speeding over and over with no story/roleplay involved is not allowed.
Do not make multiple characters to involve them all in the same story and/or group.
Antagonizing armed roleplayers, police, and/or gangs with no valid story is not allowed!
Involving yourself in a situation and/or shootout between police and a group and/or other groups, and/or other group fights is not allowed! Spontaneously having any kind of shootout with no story is strictly forbidden!
Leaving the game in the middle of roleplaying is not allowed! If you must leave the game, go to a secluded place and log off quietly.
Obnoxious mic spamming is not allowed! Playing music is allowed, but make sure it is not offensive. Homophobic and racist words is not allowed!
You cannot randomly destroy or damage vehicles outside of valid roleplay.
Buying too many vehicles or items that spill into the ground can be considered as causing lag and can result in the vehicles or items to be wiped in an instant by a staff member. Staff discretion will be used to determine this.
Blocking server shops is not allowed. Anything blocking it is subject to removal by a staff member.

III. New Life Rule [NLR]
If you respawn at the hospital after death, your character forgets everything leading up to the event. Do not respawn if Police and/or EMS respond to come help you!
A Perma death means your character has completely died. You must make a new character and forget everything that you know of. Perma deaths can only result in situations like a successful death sentence, player-agreed perma deaths, and/or any RP Administrator forced-perma deaths. An example of a player-agreed perma death would be a pact between gang members who agree that the only way out of the gang is through death.

IV. Player-Built Structures
In order for a prefab and player-built structures to be considered a base, it must at least have a claimed bed or storage container. You may not raid random player-built structures even if it does not have a claimed bed and/or storage container. To prevent your base from being wiped if it isn't finished, you must leave a sign stating it's under construction. This will temporarily qualify it as a base (it can still be raided).
Floating structures are NOT ALLOWED. All structures need to obey the law of physics. Your base can only have 3 pillars on each side (a total of 12 pillars) to support them upwards from the ground/roof of a prefab. Pillars supporting a base upwards from the bottom to the top do not count towards base dimensions, but you must state in your raid description that the base is supported by pillars upwards of x amount of floors. An example of a proper raid description would be: /raid "4x4x3 Metal Base Supported By 3 Story High Pillars Behind Bank in Seattle".
Each player may have two bases. The Mayor may have three bases. Each group may have one group base.
Claim flags should not be used to claim any area located at, above, or below the map's prefab structures. This includes the diner, hospital, library, and other buildings that come with the map. You may only place Claim Flags in your own base. Claim Flags may not be placed at random locations around the map.
The maximum dimension of a base is 4(length) x 4(width) x 3(height). RP Administrators may give out permits to build a larger base. Barricades like metal placards, signs, plates, and/or any other barricade should be used excessively and not used to build an entire base.
If you sell a base to a player, you cannot salvage the base after the transaction has been done. You cannot defend the base that you built (unless you are police) if the base has been sold to another player. Each base you have that is not sold will still count as your own base (example: you cannot have twenty player-built bases that haven't been sold yet).
If two bases are very close to each other, it will count as two bases unless the bases are directly connected to each other with an exit. If the bases are connected and can be accessed between one another, it will count as a single base.
You may not claim areas or force players to pay in order to pass by a certain area. All players may walk around the map freely without having to pay to pass. You may not create KOS zones. Claiming Areas / KoS Zones constitute the following:
Blocking off any of the map's Islands, map towns (NOT artificial towns), bridges (even those that lead to a dead-end), roads, and/or driveways.
You cannot randomly destroy bases outside of Raids. Destroying or damaging (within reason) any part of a base (including crops) that does not belong to you is False Raiding. Items like placards on the outside of a base or a locker on the roof of a base are still part of the base. Use common sense when regarding what is and what is not part of a base.
Groups may not have more than 8 plots worth of crops/berries.
Buildings that do not follow these rules may be wiped by an RP Administrator after a 24 hours has passed after a sign warning the base owner(s) to fix it. You will not be refunded if your base was fairly wiped by an RP Administrator! If your base is built entirely under the floor and/or the top appears raided and it is wrecked by an admin, you will not be refunded.
The friendly sentry gun and traps can ONLY be placed within a completely closed off base (inside the building), NOT facing a direct exit (open or closed). A direct exit would be if the exit (a door for example) instantly meets the outside of the base. This means you cannot place the friendly sentry gun or any traps anywhere else than your enclosed base. Your base MUST be non-accessible to other players except for your group members (metal door, vault door and or metal shutters/glass windows). Note: You are allowed to have sentries in a shop if it cannot shoot anyone outside of the base (direct exit) and you do not bait people to die by the sentries.You cannot have any openable structure behind a direct exit to conceal a sentry gun or traps.
You cannot use sentries to bait people if they are not actively involved with an RP event.
Traps are an unturned classification of items. A non-exhaustive list of them includes Landmines, barbed wire, claymores, caltrops, and snares.
You cannot claim another player's player-built base. You however can claim a prefab if it no longer has a claimed bed, storage containers, and/or structures. Hidden objects such as a hidden bed or storage container do not count as a base.
All player-built structures may be raided in a single /raid.

IV. Criminal Rules
Group criminal activities are restricted to only 6 criminals at a time!
Picking skilled players who do not roleplay over genuine roleplayers is not allowed!
Relaying information, being a lookout, being a getaway driver, etc., is all considered as involving yourself in a criminal activity!
You must use /raid to call a raid on a base. Raids must have valid descriptions that include the dimensions/size of the base as well as the direction from the closest map landmark.
You must wait at least two days before raiding the same base. This also counts for groups, meaning if one group member raids a base, the whole group cannot raid the same base for two days.
Raiders must be in the nearby area of the base getting raided. Any roleplayers in the nearby area of the base getting raided may be killed by any Defender or Raider.
Anyone may kill another roleplayer who is actively robbing someone.
Criminals have the freedom to order their victim to do things, as long as it is reasonable and only involves items and/or clothing they have on them, and where to move. 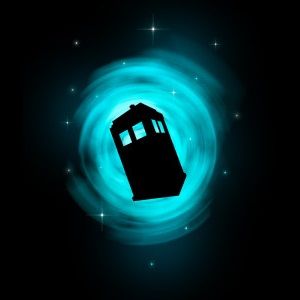 It is to be presumed everything with the current #13 will remain (unless noted) therefore, I believe this can be accomplished with /breakout ?
Not 100% sure cus well, #13 duh, but it exists and I know there's a universal prison.
aka Crazy Beret Dude with RPG - some random noob

Is the application for this whitelisted roleplay out yet?