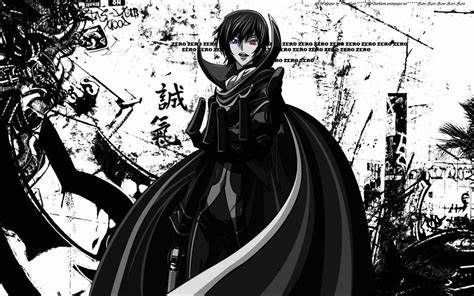 Title 1. GENERAL PROVISIONS Chapter 1. INTERPRETATION
(1) JURISDICTION
This document is the official code (laws) of the State of Washington. It is to be followed by all inhabitants of the State of Washington and is in effect during the term of a Mayor who endorses this code.
(2) PUNISHMENTS
Punishments will vary depending on the discretion of the authority involved. As a result, ticket amounts, jail times issued by arrest initiators and Judges, and arrest warrant rewards are listed only as recommendations.
(3) COMMON SENSE
All clauses of this code shall be interpreted using common sense.
(4) DESTRUCTION OF PROPERTY
Officers must destroy all illegal items, whether found or confiscated, immediately.
(5) EVIDENCE
‘Reasonable evidence’ does not include chat. There must be a living eyewitness to the event for the evidence to be used to initiate an arrest.
(6) LIMITATION
All crimes which have been witnessed may only be ticketed, arrested, or warranted for within six minutes of the crime occurring.
Chapter 2. ENTRENCHMENT
(7) MAYORS NOT TO CHANGE CERTAIN SECTIONS
(a) Titles 4 and 6 may not be changed unless authorised by an Administrator.
(b) This section may not be changed unless authorised by an Administrator.

Title 2. CRIMES Chapter 1. GENERAL PROVISIONS
(1) CRIMES NOT CONTAINED WITHIN THIS CODE
Officers may charge a person for a crime even if that crime is not contained within this Code. These crimes must be based on common-sense and not be abused.
(2) MAXIMUM PUNISHMENT
(a) The maximum jail time that may be given as punishment for a crime is fifteen minutes.
(b) The maximum bail that may be set is 2000 bamboo.
Chapter 2. TICKETABLE OFFENCES
(3) DEFINITION
Ticketable offences are offences where the suspect can be ticketed for committing them. These offences alone cannot result in an arrest or warrant.
(4) CRIMES LIABLE TO TICKET
(a) Whosoever commits any of these is liable to a ticket:
(1) Possession of one unlicensed weapon, except when the weapon is going to be licensed within the immediate future.
(2) Disturbing of the peace.
(3) Impersonation of a police officer, if the suspect is wearing less than three articles of police clothing.
(4) Arrestable Offences
Chapter 3. ARRESTABLE OFFENCES
(5) DEFINITION
Arrestable offences are offences where a suspect may be liable to an arrest. In cases where a dangerous situation could be created, an officer may issue a ticket instead of an arrest.
(6) CRIMES LIABLE TO ARREST
(a) Whosoever commits any of these is liable to arrest:
(1) Possession of three or more unlicensed weapons.
(2) Possession of one or more illegal items (4 W.S. Code § 2) except for;
(A) Police chiefs and over, who may carry and use grenades, raw explosives, rockets and missiles. This does not, however, allow other illegal items to be possessed. All police officers may use charges.
(3) Possession of any prohibited weapons (4 W.S. Code § 1) except for;
(A) All police officers and the Mayor may use these weapons. The Mayor is restricted from using explosive launchers and light machine guns, however.
(4) Failure to pay for a ticket which was given an hour or more ago.
(A) Upon being imprisoned for this offence, all tickets that the person has shall be waived.
(5) Vehicle theft.
(6) Dangerously driving a vehicle.
(7) Contempt of court, if a judge presiding over a trial requests for an arrest to be made.
(8) Impersonation of police by either possessing articles of police clothing or wearing three or more articles of police clothing.
(9) Being under the influence of any drug or narcotic.
Chapter 4. WARRANTABLE OFFENCES
(7) DEFINITION
Warrantable offences are offences where a person committing them may have a warrant set on them. If a warrant cannot be set, the officer may arrest instead, or if there is a reasonable threat of death, an officer may ticket.
(8) CRIMES LIABLE TO WARRANT
(a) Whosoever commits any of these is liable to warrant:
(1) Murder.
(2) Assault.
(3) Evasion of a lawful arrest.
(4) Trafficking of weapons, where a person has in their possession more than six unlicensed and/or prohibited weapons.
(5) Robbery.
(6) Raiding.
(7) Kidnapping.
(8) Possession of more than four prohibited items or weapons (4 W.S. Code §§ 1-2).
(9) Failure to pay for a ticket which was given an hour ago, and the person has failed to pay for five or more of these tickets.
(10) Possession of any vehicle which has been made illegal (4 W.S. Code § 3), unless the person possessing the vehicle is a police officer.
(11) Perjury (lying under oath in a trial).
(12) Human trafficking, by a kidnapper giving their victim to a hitman for bounty collection.

Title 3. POLICE PROCEDURE Chapter 1. DEMOTION
(1) INTERPRETATION
(a) An officer may be demoted if any of the following conditions are met, but this is to be left to the interpretation of the person handling the demotion.
(1) If an officer is falsely demoted, the person who issued the demotion may be demoted themselves.
(2) REASONS FOR DEMOTION
(a) If an officer knowingly or negligibly commits any of these is liable for demotion:
(1) Committing any arrestable offence without a valid excuse.
(2) Committing any warrantable offence.
(3) Failing to comply with direct, lawful orders from an officer higher ranked than them.
(4) Failure to do police duties professionally.
(5) Committing a false arrest.
(6) Corruption, with valid evidence.
(7) The sale of police vehicles or clothing to anybody who is not part of law enforcement.
(8) The sale of weapons as an officer to any person who isn’t a weaponsmith.
(9) Possession of explosives under the rank of Captain or Deputy.
(10) Opposing to destroy illegal items.
(11) Being out of uniform without the express permission of a Captain or Deputy.
(12) Refusing to use an arrest instead of a ticket even when the situation is safe on multiple occasions.
Chapter 2. IMPOUNDMENT
(3) AUTHORITY
Police Chiefs, Deputies, and Captains have the authority to impound vehicles.
(4) REASONS FOR IMPOUNDMENT
(a) Vehicles may be impounded only for the following reasons:
(1) A vehicle is blocking a street.
(2) A vehicle has been parked on the side of a street for over ten minutes.
(3) A vehicle was used as an accessory for an arrestable or warrantable offence.
(A) The vehicle may only be impounded after the arrest is over.
(5) A vehicle is prohibited (4 W.S. Code § 3).

Title 4. PROHIBITED ARTICLES Chapter 1. PROHIBITED WEAPONS
(1) WEAPONS MADE PROHIBITED
(a) These weapons have been made prohibited:
(1) Shotguns:
(A) Devil's Bane.
(2) Explosive launchers
(A) Rocket Launcher.
(3) Light machine guns:
(A) Dragonfang, Nykorev, Hell’s fury.
(4) Rifles:
(A) Grizzly, Matamorez.
(5) Miscellaneous: Shadowstalker.
(6) Any high-calibre weapons except for the Ekho, Desert Falcon, and Timberwolf.
Chapter 2. PROHIBITED ITEMS
(2) ITEMS MADE PROHIBITED
(a) These items have been made prohibited:
(1) Narcotics:
(A) Berries, Glue.
(2) Explosives:
(A) Grenades of any kind, raw explosives, rockets, missiles.
(3) Miscellaneous:
(A) Stealy wheelies, police clothing.
Chapter 3. PROHIBITED VEHICLES
(3) VEHICLES MADE PROHIBITED
(a) These vehicles have been made prohibited:
(1) Police Vehicles:
(A) Police car, Police helicopter, Police launch, Armoured police truck, Police motorcycle.
(2) Armed vehicles. (Any vehicles with an autocannon, HMG or missile launcher.)

Title 5. COURT PROCEDURE Chapter 1. GENERAL PROVISIONS
(1) COMPLIANCE WITH LAW
All trials and sentencing must be held per the laws set out in Title 5.
Chapter 2. PROCEDURE OF TRIAL
(2) PLEADING
(a) The accused must inform the court whether they wish to plead “guilty” or “not guilty.”
(1) If the accused pleads guilty, a trial is not needed and the judge may begin sentencing immediately.
(2) If the accused pleads not guilty, a trial must occur.
(3) GENERAL PROCEDURE
(a) The general procedure for a trial is as follows:
(1) The prosecution and then the defense deliver opening statements,
(2) The prosecution presents evidence and witness testimony with opportunities to cross examine by the defense.
(3) The defense presents evidence and witness testimony with opportunities to cross examine by the prosecution.
(4) Closing statements from the defense and prosecution.
(5) The judge may, after closing statements have been made, make a verdict on the case and begin sentencing.
(4) BURDEN OF PROOF
The burden of proof is on the prosecution to prove their case beyond a reasonable doubt.
(5) SENTENCING
(a) The judge may hand out the following punishments within reason:
(1) Fines in the form of tickets, or,
(2) Sentences of jail.
Chapter 3. OBJECTIONS
(6) LIMITS TO OBJECTIONS
Objections may only be raised whilst testimony is being given.
(7) REASONS FOR OBJECTION
(a) The following are the only objections which may be raised:
(1) Relevance, where a witness gives evidence that is unrelated to the fact in dispute.
(2) Opinion, where a witness draws a conclusion.
(3) Hearsay, where a witness gives a statement which was said by someone else.
(4) Harassment of a witness, where a witness is being argued with or harassed by the cross-examiner.
(8) PROCEDURE FOR OBJECTION
The presiding judge, upon an objection being raised, must ask the opposing party to justify or concede their actions. After this, the judge must either uphold or reject the objection.
(9) INADMISSIBILITY
All evidence which was objected to is inadmissible if the objection was upheld.
Last edited by Miku on September 10th, 2020, 5:23 pm, edited 3 times in total.
Burnt, Helena, Danny Dog and 25 others liked this