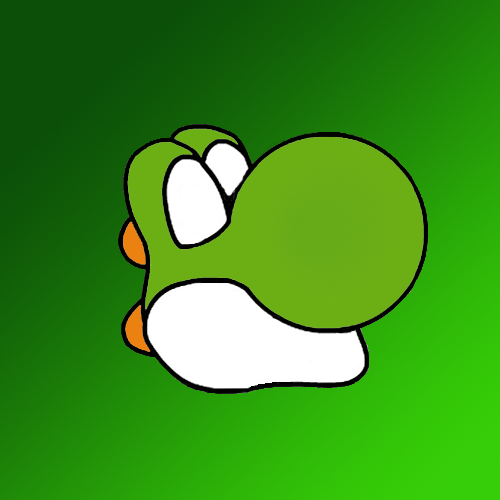 RP Vehicles
[Modified] "If a player enters your vehicle (any vehicle type) in front of you, you are required to give them warnings (follow warning system) to step away from your vehicle if you want them to get out and/or if they are not getting out of the vehicle. Note that if the player drives away, you may shoot them (KoS) while they are within sight, or just pop the vehicle's tires. If the player successfully steals your vehicle and is out of your sight for more than two minutes, you MAY NOT kill this player. They are the new vehicle owner if the successfully steal the vehicle."

[Modified] "You cannot randomly destroy bases outside of Raids. Destroying or damaging (within reason) any part of a base (including crops) that does not belong to you is False Raiding. Note that items like placards on the outside of a base or a locker on the roof of a base is still part of the base. Use common sense when regarding what is and what is not part of a base."

Friendly Sentry Gun & Traps
[Added] "The friendly sentry gun and traps can ONLY be placed within a completely closed off base (inside the building), NOT facing a direct exit (open or closed). A direct exit would be if the exit (a door for example) instantly meets the outside of the base. This means you cannot place the friendly sentry gun or any traps anywhere else than your enclosed base. Your base MUST be non-accessible to other players except for your group members (metal door, vault door and or metal shutters/glass windows). Note: You are allowed to have sentries in a shop if it cannot shoot anyone outside of the base (direct exit) and you do not bait people to die by the sentries."

Extra Important Rules
[Modified] "You may not salvage anything when an RP event is called on you. If you are in a vehicle or a base, you cannot have players salvage an item to help you while you are in an RP event. Note: If you have a hit on you while you are actively hiding from a hitman and/or you are a hitman who is actively searching for your prey, you cannot salvage items."

[Modified] "You may not salvage anything when an RP event is called on you. If you are in a vehicle or a base, you cannot have players salvage an item to help you while you are in an RP event. Note: If you have a hit on you while you are actively hiding from a hitman and/or you are a hitman who is actively searching for your prey, you cannot salvage items."

[Added] "You cannot call RP events (robberies, arrests, kidnaps, etc.) on your own group member. Please use common sense for this."

Kidnapping
[Removed] "If a ransom is paid to the Kidnapper by a Hitman for a target or a player on the hit list, then the Kidnapper or purchaser can be arrested for human trafficking up to 15 minutes after payment."

Hits
[Modified] "If you are in a group with a player with a hit on them, you can not use GROUP abilities for RP advantages whether or not it was agreed upon with the target. Note that only the information below is not allowed. Information not listed below is allowed (telling a group hitman where a player with a hit is for example)."

Bodyguard
[Added] "The bodyguard can be KOSed in any situation where the client can also be KOSed. Note: The bodyguard is a separate entity in RP situations. Example: If a bodyguard pulls a gun during an arrest on their client, the bodyguard cannot be killed because of that."

[Added] "If a Bodyguard plans to assist in an arrest with an officer, plans to rescue their client from kidnappers, and/or plans to counter a base raid while guarding an officer that does not own that base, the Bodyguard does not have to be wearing at least three articles of police clothing."

[Modified] "May ONLY protect their client in situations where their client may also defend themselves. Example: If protecting a bandit, you may only fire once the bandit is fired at. Note: If a hitman has a bodyguard guarding them, the bodyguard may kill any player with a hit, regardless of whether or not the hitman is on prowl or not. This also means that players with a hit may kill a bodyguard on sight if they are guarding a hitman."

[Added] "You cannot kill a hitman or a player with a hit that is in the same group as you."

Bandit and Police Raids
[Added] "You MAY NOT place anything besides metal plates and window plates (one way plates, and bullet proof plates) in and/or on the base you are raiding. Note: You cannot build a base and hide in it while raiding a base with the intention of circumventing this rule to not allow defenders to raid your building."

[Modified] "If you are raiding a base, you must stay within 30 meters of the raid building destroying parts of the base, in order to show that you are actively raiding. Failure to follow the rule shows that a kill zone is being created and the raider has no intent to raid, just kill. Raiders must end the raid if they leave the raid zone area listed above."

[Modified] "If a prefabricated building (buildings that come with the map) has multiple separate owners of different groups, you cannot raid the entire building in one /raid. (ex. If it's an apartment building with each floor owned differently, although if all floors are owned by the same group you can raid them all in one /raid). Player-built buildings may be raided in a single /raid, regardless if there are multiple owners."

Police, Lawyers an Judges
[Modified] "The minimum bail that MUST be given is 500 bamboo and the maximum is 5000 bamboo."

[Added] "If a player has been sentenced to death, the player must be executed within a reasonable amount of time."

Mayor
[Added] "As mayor you may have a second role. The only roles allowed for this are civilian roles except CEO, Doctor, Bodyguard, Salesman, any police and criminal role, and Judge."

If you have any questions, please DM an RP Administrator. There will be more RP rule changes to come, we will announce them at that time.
Thanks!